In an effort to grow their business and leverage the exposure they know exists in the sport of pulling, Greg and Steve Boyd of Washington, Indiana, have often envisioned what it might be like to put their company’s name on the side of someone else’s  pulling vehicle.  While the idea has been present, the effort to move forward has never really come to fruition until this year, and that is where Jared Nelson enters.

Nelson, a Super Modified Two Wheel Drive puller on the Lucas Oil Pro Pulling League Champions Tour and regional series has experience working with a sponsor to develop new opportunities for branding, while encouraging activation at the events.  Before sending proposals to companies that may not appreciate the value of the sport, Nelson and his wife began to think of brands that benefit from exposure at the events on the pulling schedule. With the suggestion of a sponsorship to the Boyd’s, Jared believed firmly that he and his Midnight Motorsport Team could help the Boyd’s newest business venture, Boyd and Son’s Machinery to grow.

After further consideration and discussion internally, the Boyds were sold on the idea of moving forward, when Nelson provided graphic renderings of his Chevy Silverado emblazoned with Boyd and Sons logos. “If I have learned anything from Forrest Lucas over the years, it is that you have to get your name out there to grow.  We are confident that Jared and Bethany Nelson are the people to help us raise impressions and grow our footprint across the country”, stated Greg Boyd.

In the late Fall of 2014, the two familys made a commitment to one another, and from that day, all parties involved have been working tirelessly to prepare for the National Farm Machinery Show in Louisville.  “There is no better place to reveal this partnership than down at Louisville, where many of our current and prospective customers will be able to see the truck.  It is an exciting time for Boyd and Sons Machinery, added Boyd!”  To ensure the truck had its new look in time, Nick Zuk and his Motor City Wraps staff got to work on the final design.

With a new look to his Chevy; Nelson has excitedly worked to get the truck ready without telling many people of the change, in anticipation of revealing the truck at Broadbent Arena.  “We are really excited with the new partnership we are forming with the Boyd Family!  They are a top notch family and pulling team, and we couldn’t be happier to have this new alliance with them as we kick off 2015”, commented Jared Nelson.

Tomorrow, Jared will enter Freedom Hall looking to punch a ticket into the finals on Saturday Night.  That, annually, is a daunting task with the tremendous field of competitors that have been assembled at the Farm Show.  Looking ahead to the future, Nelson can’t wait to get out on the Champions Tour to further introduce the loyal Midnight Motorsport’s fans to Boyd and Sons Machinery.

For more information on Boyd and Sons Machinery, visit www.boydtracks.com. 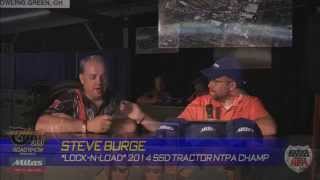 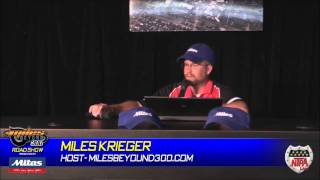 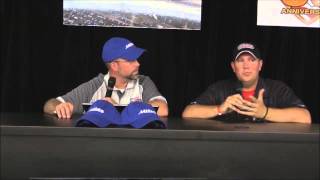